The following post assumes you already have your Cloudflare and Azure Pipelines setup.

When I was deploying changes to an application, the changes didn't appear immediately to the customers. This could've been due to many reasons, but usually browser caching. In this case the changes still didn't show up after clearing the browser cache.

So what was caching the old version of the site? The web server, the database, the load balancer, or the proxy server?
This is a common scenario in the life of a developer or sysadmin. It turns out I deployed the changes without following the lengthy deployment guide which included steps to clear all the layers of caching. Regretting my poor decisions, I decided to automate the process so I can focus on writing code instead of troubleshooting deployments.

One part of the process was to purge Cloudflare's cache, so let's learn how I created a task to clear Cloudflare's caching as part of my Continuous Deployment Azure Pipeline (f.k.a. Visual Studio Team Service, Team Foundation Server).

Before creating our Clear Cloudflare Cache task, we need to get three variables from Cloudflare to interact with their API.

To get these variables, follow the instructions under "Cloudflare API keys" section from a prior post "Clearing Cloudflare Cache with Cloudflare's API".

In our task we'll use all three variables, which we need to define inside of our pipeline like this:

Now that our variables are stored in our Azure DevOps Pipeline, we can continue on to creating our task.
Navigate to our pipeline, and add a PowerShell task like this: 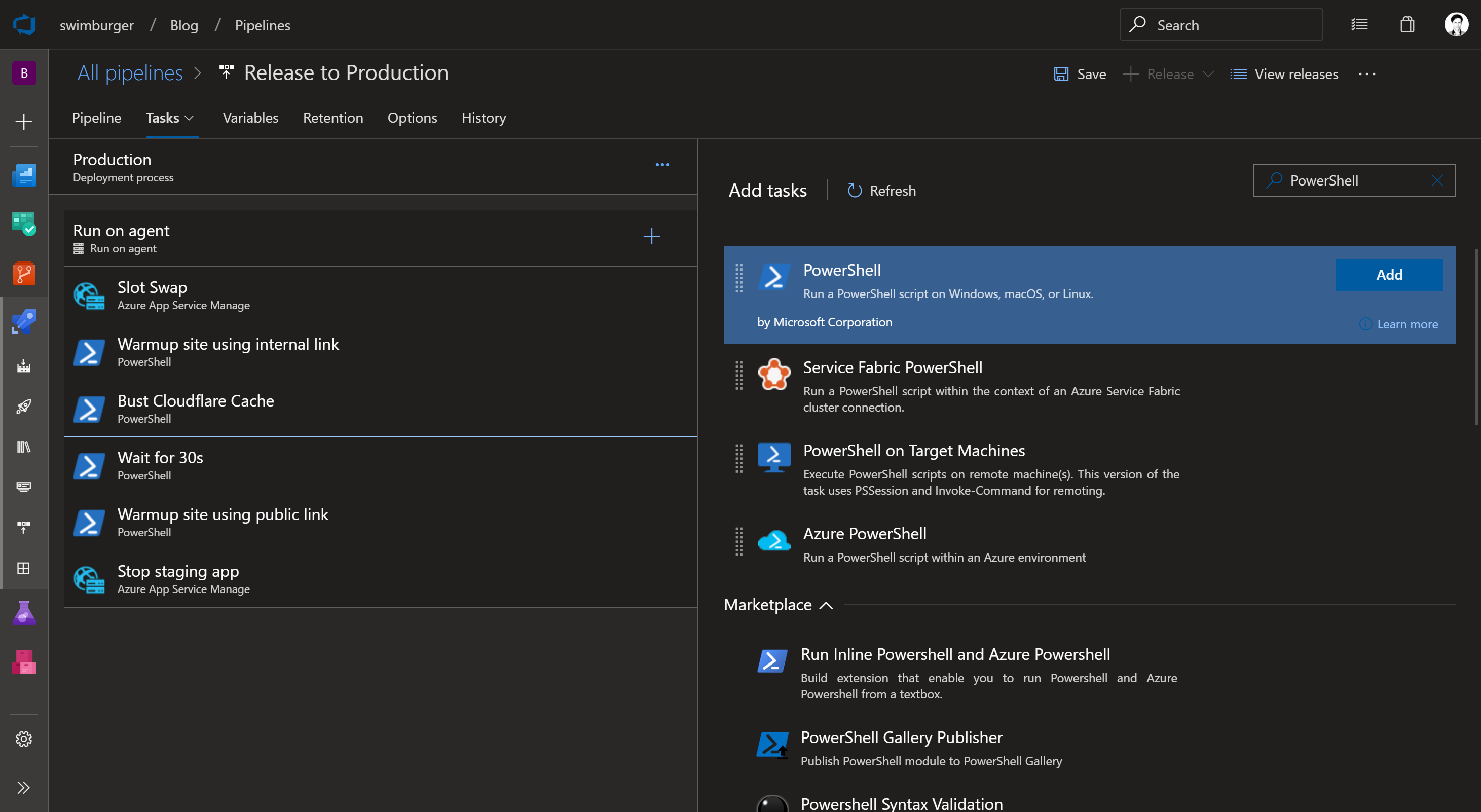 Let's configure the task as below: 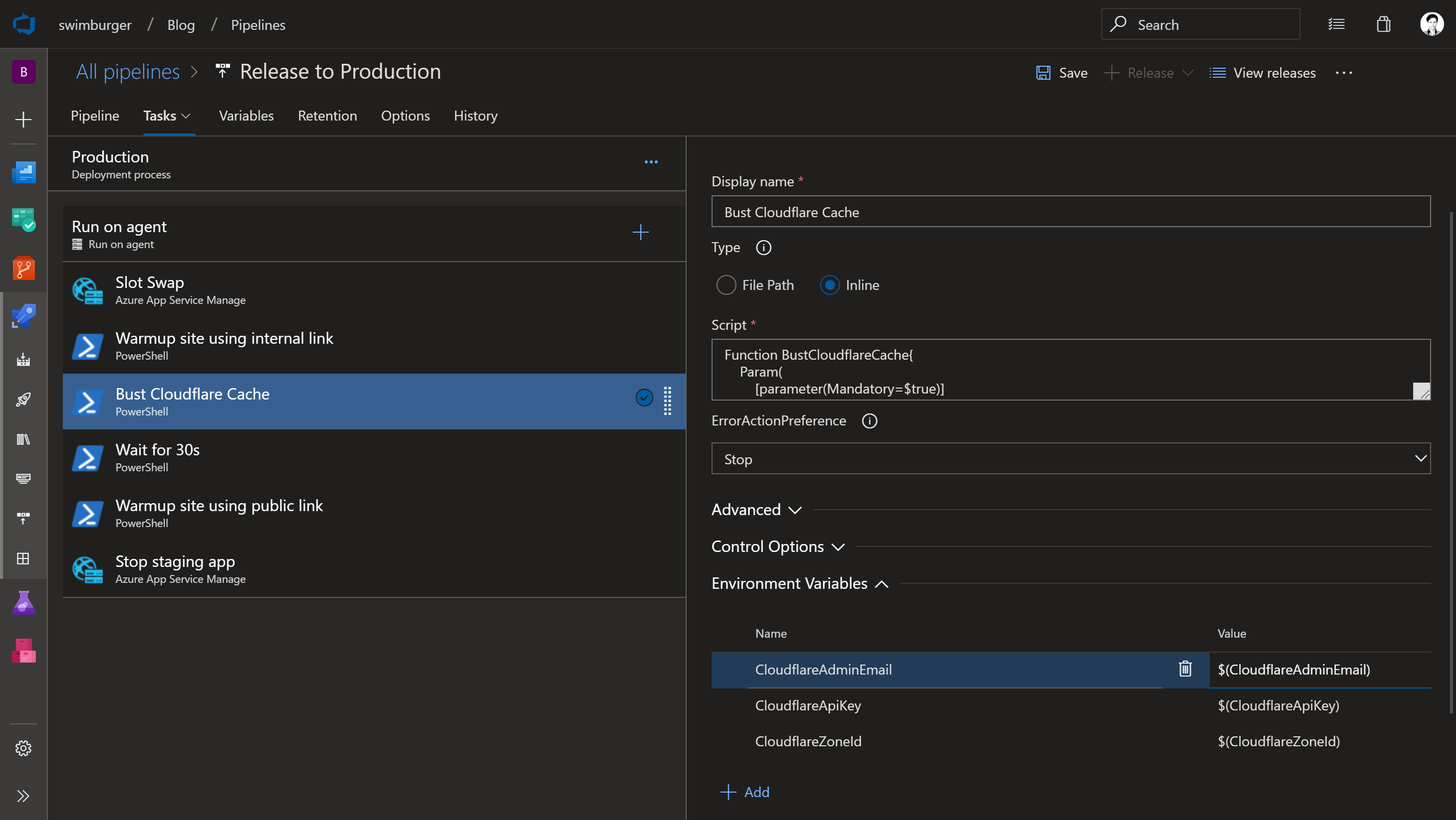 Script: For our script we'll use a modified version of the PowerShell script from a prior post.
The modified version wraps the logic in a function and passes on environment variables that we'll setup after.

The PowerShell function does the following things:

For more details, read the Cloudflare API documentation for cache_purge.

Now that the task has been setup, we can test it by running the pipeline and the task will purge Cloudflare's cache.

2/20/2019 - PowerShell
Cloudflare provides a GUI to purge cache, but every action you can perform using the GUI, you can also do with Cloudflare's API. You could use the API to auto purge the cache whenever you update content in your CMS of choice, or purge the cache as part of your Continuous Delivery pipeline. Using PowerShell we'll interact with Cloudflare's API and purge their cache.

8/11/2019 - .NET
his post discusses how to take those UI tests and run them in Azure DevOps Pipelines on both Windows & Ubuntu agents. Use this GitHub repository which contains the UI test project necessary to follow along in this post.