Discord is an online communication platform built specifically for gaming. You can chat with your friends in text channels, but most importantly talk to each other inside of voice channels.
There are multiple ways you can extend Discord as a developer, but we’ll learn how to extend Discord using its bot features.

Bots in Discord can be added to both voice and text channels where they can both listen and respond to users input. To real users, a bot looks just like a normal participant that can be online and offline, although explicitly marked as a bot. Permission management on channels also works the same for users and bots. This makes for an interesting platform to integrate services with.

Before writing code, we need to create a Discord Bot in Discords Developer portal. Once created, you need to note down the “Token” and the “Client Id” as we’ll need both later. You can follow DSharpPlus’ tutorial on how to create this.

August 31, 2022 Discord Update: Reading Message Content is now a Privileged Intent. For this tutorial to work, you'll need to go into your Discord Application > Bot and find the "MESSAGE CONTENT INTENT" toggle, enable it and click "Save Changes". Once your bot reaches 100 or more servers, this will require verification and approval. Instead of using Message Content, Discord recommends using the Interactions API to bring new features like Slash Commands, Buttons, and Select Menus that don't require access to message content.

Create a simple .NET Core console application using the dotnet CLI or your editor of choice.
Now add the DSharpPlus package to your project using either package manager or the dotnet CLI: 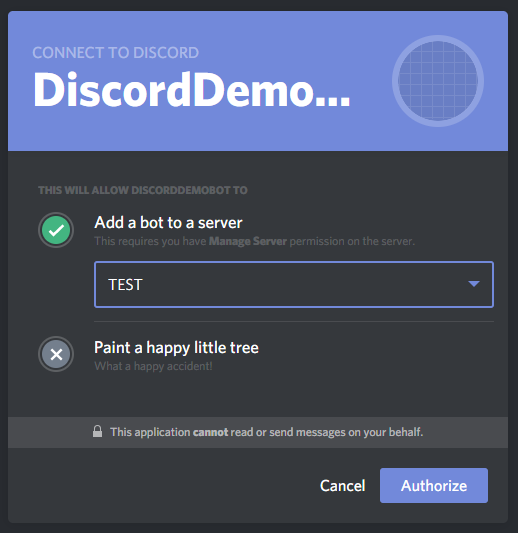 Once your bot has been added to the server, simply type “hello” and it should respond to you with your username.

Once you terminate your console app, the bot also goes offline in Discord.

This means Azure App Service websites isn’t a good deployment target, but the WebJobs feature inside of Azure App Service is a suitable host. Azure WebJobs can be used to automatically have some code execute when certain events happen such as a CRON trigger, Blob trigger, Service Bus message, etc.
WebJobs are the predecessor to Azure Functions and for most scenarios, Azure Functions is now the recommended approach. Unfortunately, Azure Functions can’t run forever and will time out if you try.
WebJobs on the other hand have one other mode of running called “Continuous” mode, so in our scenario WebJobs is recommended over Azure Functions.

The simplest way to deploy the console app to Azure WebJobs is using right click + publish inside of Visual Studio. Here you can choose to create a new Azure App Service: 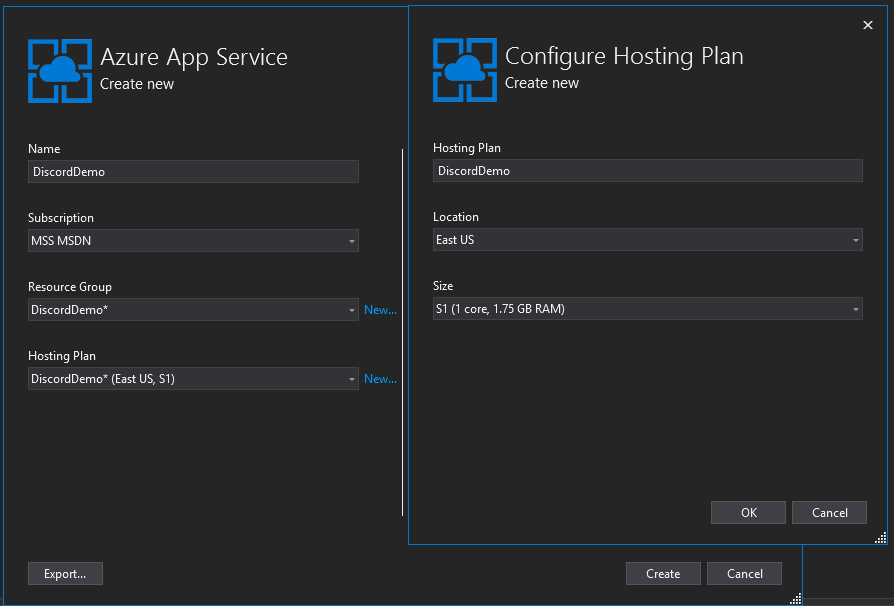 Before actually publishing your console application to Azure, change the WebJob Type from “Triggered” to “Continuous”:

Hit publish and your Discord bot will be online running in Azure within minutes!
Keep in mind, depending on the service plan (pricing) you picked, the feature “always on” won’t be available. For your discord bot to always be online, you have to enable “always on” or Azure will pause your WebJob.

In this post we created a Discord Bot running in Azure using the following steps:

You can find the code on GitHub, and ask any question below. Cheers!

1/27/2019 - Azure
Using Cloudflare's Universal SSL/TLS service, we can provide our website over a safe HTTPS connection. This post walks you through setting up the SSL/TLS encrypted connection from client to Cloudflare, to your Azure Web Application using the Full (strict) option and Cloudflare's origin certificates.

10/30/2018 - Umbraco
Application Performance Monitors provide you with a lot of data, but some of that data may not be relevant. Specifically, in Umbraco there is a page at \umbraco\ping.aspx that is being called frequently to keep the site alive. This is very useful to prevent the site from "dying" (?), but the data for this request isn't that relevant and could skew your statistics. Using Azure Application Insights ITelemetryProcessor, we can prevent ping request from being sent to Azure Application Insights.