Prey is a first-person thriller/horror shooter situated in a massive space station orbiting the moon. Aliens have infested the station and it's up to you to make sure the aliens don't reach Earth. The game provides a large variety of game mechanics like crafting, collecting, inventory management, sneaking, platforming, puzzling, and satisfying combat. The numerus skill and weapon upgrade combined with many different areas to explore keep the game engaging from start to finish. If you would combine Bioshock & Half Life but situated on a space station, you would end up with Prey. 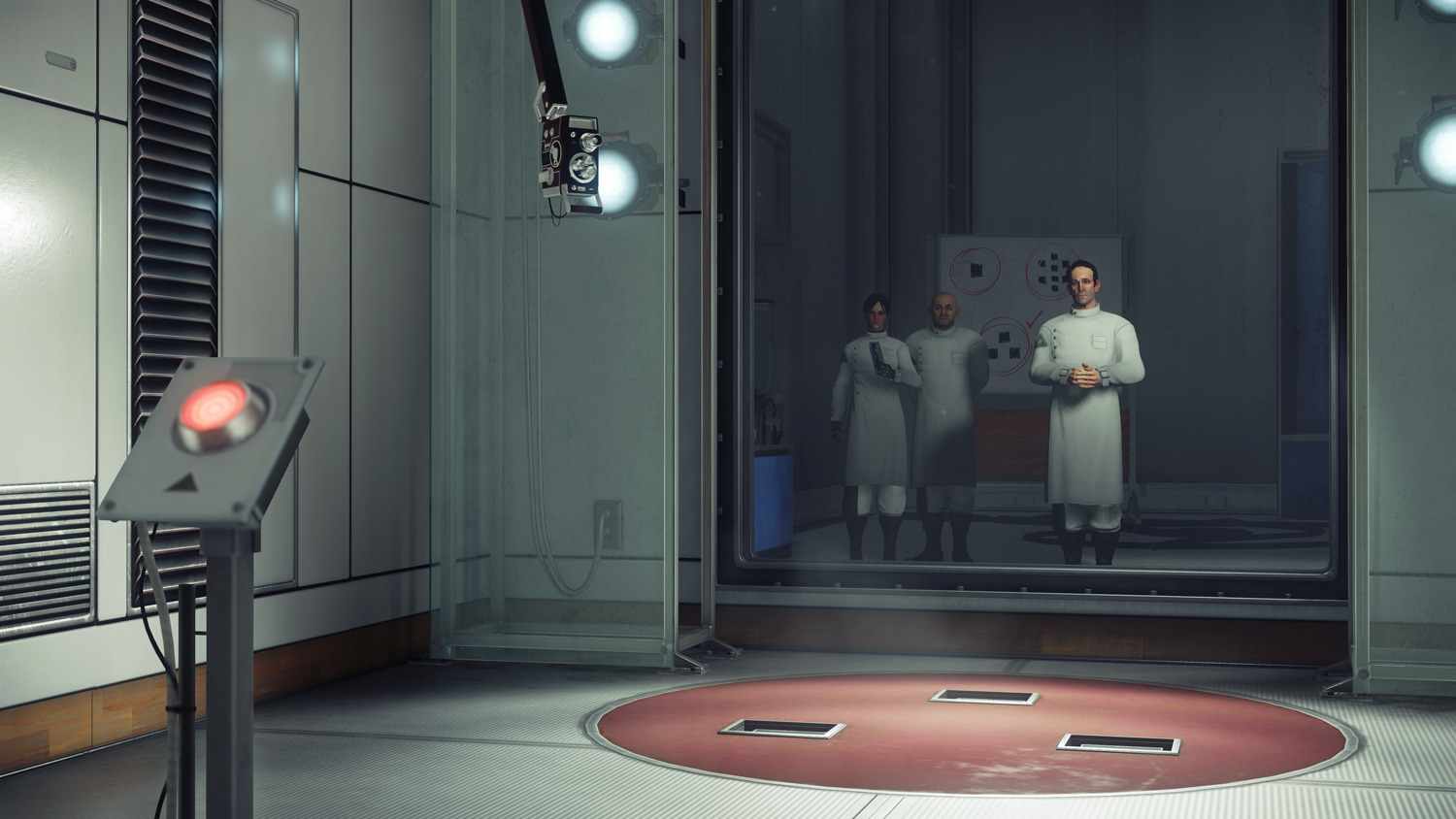 In Prey you wake up as Morgan Yu (male or female) to start your first day of work at the TranStar facility.
During a series of confusing motoric & psychological tests, the observing scientists get attacked by an empty cup of coffee. Not really. That cup of coffee is not what it seems. The next minute, you are back at your apartment, starting over the exact same day, but something is off. Emails on your computer tell you to 'GET OUT'. But there is no way out of your building.

Not until you hit the window out of frustration, to be revealed that the beautiful view from your apartment is a mere projection. Behind your window is actually a science lab. You quickly learn you were living the same day over and over in a staged virtual reality.

You are in fact on a massive space station which is being overrun by aliens called Typhon. That murderous cup of coffee from before is a shape shifting Typhon called 'Mimics'. This is the first type of Typhon you encounter and will give you many jump scares, but many more will cross your path. It's up to you to prevent the alien infestation from reaching Earth, but how will be up to you. Will you help escape the humans aboard, or make sure they never reach Earth alive to prevent the spread? Even after escaping your Guinea pig reality, you can't help but wonder, is this real?

Throughout the game you will obtain many different human skills, alien skills, and unique weapons giving you lots of different ways to complete objectives. For example, you can sneak your way around enemies, fight the enemies, summon your own aliens, or let turrets fight for you as you barrage them with a big glue gun from the side. There are also many ways to get into certain rooms such as hacking, repairing electronics, parkouring, finding access cards, etc. As you progress, you will need to combine your skills and weapons to deal with tougher challenges.

The game rewards hoarding as much random stuff as possible. Using Material Recyclers scattered around the station, you can recycle anything down to its raw materials. These materials can be used to create anything using the Fabricators (essentially 3D printers) such as ammunition, weapons, upgrades, and more. But before you can fabricate these items, you will need to find blueprints for them.

The map isn’t exclusive to inside the station, you have to spacewalk multiple times throughout the game. Being stuck on a space station and gliding through space, looking at the beauty of the universe, the moon, and especially Earth. It makes you feel a certain loneliness and isolation rarely seen in games.

The story is nice, but it doesn't go in depth and is mostly told through audio logs/calls that won't interrupt you from actually playing the game. All the audio logs do a great job at world building by providing you with a lot of background information and personal stories from the people on the spaceship.

I'm not sure if I made this clear enough, but Prey provides a lot of different gameplay elements and experiences that keep this game fresh and engaging from start to finish. This game contains gameplay elements like gathering, crafting, inventory management, sneaking, platforming, puzzling, skill/weapon upgrade progression, and FPS combat mechanics. If you would combine Bioshock & Half Life but situated on a space station, you would end up with Prey. I absolutely recommend this game and give it five stars!